With all the hoopla surrounding the Christians burning Qurans (Korans) in Florida this coming Saturday let's not forget other things that Christians have burnt in the past. 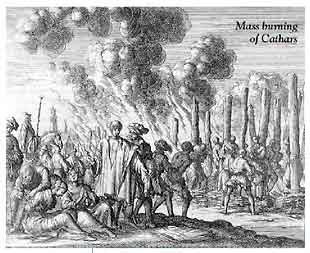 They burnt a dissident group of Christians called the Cathars because they disagreed with how the Cathars interpreted the Bible and the teachings of Jesus. One anti Cathar Christian was quoted as saying, right before a church full of Cathars was set ablaze, "Kill them all, God will know his own." 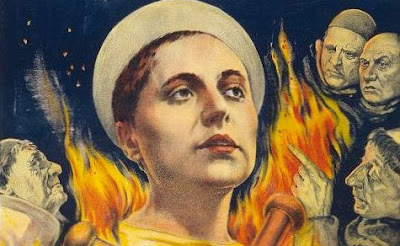 Christians also burnt Joan of Arc, after they used her to rally other Christians in a war. I'm pretty sure they burnt her because she had a vagina. 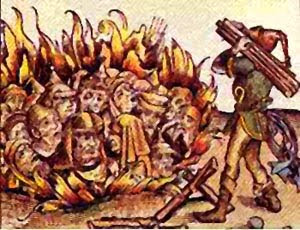 Christians burnt Jews who would not convert during the Spanish Inquisition. 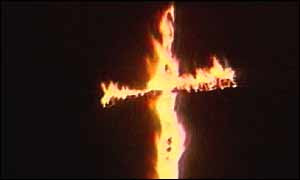 Christians in the KKK burn the cross to frighten and drive away black folks, Mexicans, gays, and anyone else they hate.

But let's not forget, Christians aren't the only ones who like to burn things. 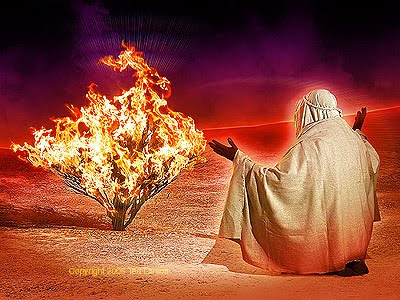 Jews like to burn bushes and then blame Yahweh for doing it. 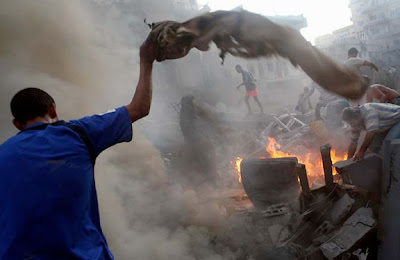 They also like to bomb and set parts of Lebanon on fire. They do that about every other year or so. 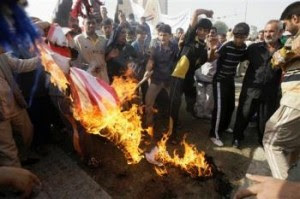 Muslims like to burn effigies of George W. Bush along with our flag. 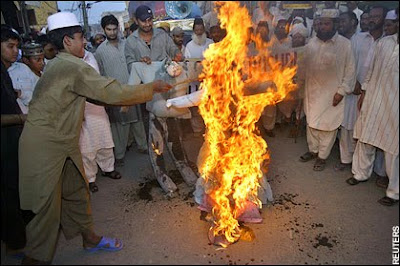 And they like to burn Salman Rushdie in effigy as well.

And finally the Buddhists like to burn things too but mostly they burn themselves to protest senseless slaughter and warfare. 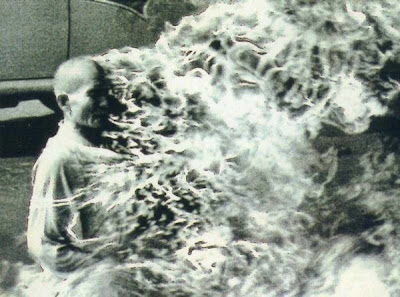 So let's stop acting all shocked and worried that Christians burning stuff again, after all, all the religions do it. (Which if you ask me, it's another reason why we need to leave religion behind. Those crazy religious bastards are going to burn us all down if we're not careful.)
Posted by Dr. MVM at 1:26 AM

Let's take away their matches.

Sad, but true. Nothing new, and nothing unique to just one group. Religion is the shackles humanity is still stuck to!

I don't like fire. Does that make me an atheist? I'm thinking it does.

Don't forget: They used to burn their bras.
Or was that feminists?

Oh wait, we weren't talking about that?!