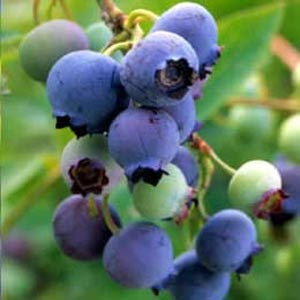 Blueberry tagged me with the 5 Little Known Facts About Me meme and because I like her so much I'll do it gladly.

1) I have a little cousin who's father is a Mexican citizen, so I guess Michelle Malkin and the rest of the racist anti immigration people now have another reason to hate me. My little cousin is a beautiful little girl named Julia, but everyone calls her Jools. The one time Jools visited us at our house she was about 3 or 4 and she came running through our condo and she sailed off the step that leads down into our sunken living room. She fell and hit her little head on the carpeted floor. After she hit the floor she raised her head up, looked around, and she stared laughing.

2) I also have an African American cousin. My hick cousin Linda, who is more like Jamie Pressley's character on My Name is Earl than you'll ever know, got pregnant with a black guy in order to get discharged from the Army in the late 1980's. She had a daughter she named Stephanie. When I first met Stephanie she was around 9 or 10 and I swear she was the most beautiful girl I had ever seen. Alas, she learned all her mother's bad habits and she got pregnant when she was a teenager.

3) I nearly got a Bible and Religion minor in college. We had to take 12 hours of Bible and religion classes (that's four classes) in order to graduate, so I figured why not just take a few more classes and get a freakin' minor in it. But after I signed to get my minor in it I found out I'd have to take an additional 18 hours (6 more classes), so I dropped it just as quickly as I signed up.

4) I hated being talked down to when I was a kid. I wanted to kick every adult in the shin who talked to me like I was some kind of stupid little twerp when I was younger and that went double for people in the medical field. I had gotten a hernia when I was 15 that had to be removed surgically. One morning after the operation a nurse asked me if I had made "wee wee" yet. I told her, "No, however I did urinate most heartily."

5) I worked as a telemarketer not once but twice when I was in college. The first phone job I had, I sold ads for the Fraternal Order of Police magazine and we worked out of a motel room. The second phone sales job I had was appointment setting for funeral home sales people. I hated both jobs but for some reason I sold more ads than anybody else and I also set more appointments than anyone else.

Labels: memes, more of the man behind the monkey than you can possibly stand

You never cease to amaze me Monkey.

Uh oh! I'm still mulling on the last one you tagged me for. Time to stop mulling and get to work!

A telemarketer? (Wisconsin slang alert:) Uff da! That must have been pretty horrible. Of course, in my currently unemployed state, I may end up finding out first hand.

Um, you can get out of the military if you're pregnant? Do you think GW tried to make that happen for him?

also, I am wondering about your thoughts on Project Runway!

Now I cannot get the idea of hearty urination out of my head. Thanks bud.

You were a little smartass kid like I was. My favorite targets were door-to-door church recruiters. One of them nearly backhanded me when I told them what they were saying was not in the Bible. Luckily for them they didn't touch me, because my mother would have laid them out flat.

You should have told that nurse that you are incapable of peeing unless someone else holds your weiner for you.

I was a telemarketer for a short time. I sold lightbulbs "packaged by the blind." It didn't take but a couple of days to figure out that the only people that bought them were the elderly women. I felt like the Ryan O'Neill character in Paper Moon, hawking Bibles to widows. I wasn't making any sales, and the sleezy manager wanted to give me some "extra training" after hours. That's when I quit.

Hey, I worked out of a hotel room too... We have so much in common!

Fran-I am one amazing simian.

Ed-I've had worse jobs than telemarketing, but not too often.

Barb-Why would you want hearty urination out of your head?

Blueberry-I started giving snappy answers to religious door to door tpes in my mid 30's. Thanks for the tag, it was fun.

Kirby-That would have slayed her.

Suzy-Yikes! I guess I should be grateful no one ever wanted to give me "extra" training.

Kristi-There's a snappy comeback to your comment but I'm letting it go. You owe me one. :)

I think someone could probably do a blog consisting entirely of cousin stories.

Re #4--that's a pet peeve of ours, talking baby talk to kids. We never did it with ours, we talked to them respectfully and intelligently, and they've grown into respectful and intelligent young women.

Re # 5--clearly you are one charming, articulate monkey.