A lesson in history for Glen Beck

Glen Beck had himself a nice lil' sit down interview with the President, well I say "sit down" but it was probably more like he had his nose up the Presidential ass while he asked his softball questions. What struck me as funny about this interview was that afterwards Beck says that Bush has a Lincolnesque honesty. I laughed my monkey ass off when I first read that. But then I got kind of sad because I figured that either Beck was joking again, like he did that time when he said that the fires in California were fine because they were burning down the homes of America "haters" or that he just didn't know who Abe Lincoln really was.

I'm in a charitable mood, this being the holidays and all, so I figured I'd use my blog for good this time instead of evil and I'll explain the difference between Abe Lincoln and George W. Bush to Mr. Beck and all the rest of his minions. 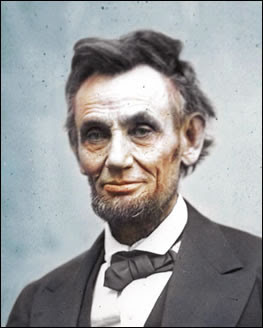 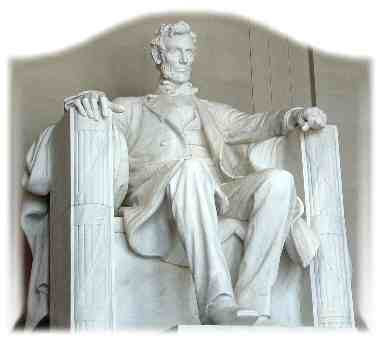 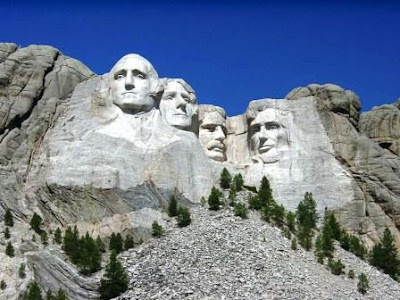 Mr. Beck, I hope that clears things up a bit for you on the difference between Lincoln and that thug who currently occupies the office of Commander in Chief.

Labels: Glen Beck is a fucking idiot, history lessons for idiots, impeach Bush and Cheney, let's all take to the streets and end the war ASAP, our idiot President

damn Monkey! you are on fire with this post! Bush and his minions are right up there with the worst dictators for killing, directly or indirectly, millions of people.

Dr Monkey: i really love it when you do the bullets and just so down the list of things that make these pieces of crap-well pieces of crap! Glen Beck should have this piece of information neatly, and permanently superglued to his forehead.

You combine great analysis with great writing to such good ends. I know all of these things that you mention but I wouldn't have been able to articulate them that well. I love it when you get fiesty like this. It is infectious. I just stood up in my kitchen and roared.

one of the reasons i will not watch cnn anymore.

That wuss Lincoln never had to deal with the Perpetual War on the Islamofascistocommunisto-
marxoniancaliphatism. Hence, the nuance of difference, barely perceptible.

Great post, although I have to disagree with you on two points.

1) Bush has not been a colossal failure, rather, he has been hugely successful at achieving his aims: Making boatloads of bucks for his family and cronies, concentrating power, raping the constitution and screwing the poor and the middle class are just a few. He really doesn't care if this war ever ends. To the contrary, as long as it continues he can continue to further his true aims. The way things are going, I worry that we won't be rid of him after the next election, if there is one.

2) He probably will have a statue erected in his honor. He, or one of his minions, will order it built himself. I can see it now: The Moron in "his" flightsuit.

I just love the fact that you have a tag for how stupid glenn beck is!!

The only thing Lincoln and Bush have in common is the rumour that they both belong to teh gays.