While out shopping the other day I saw a beat up old car that had a bumper sticker on the back of it that read, "Christian Bashing: It's the last acceptable form of hate in America." I laughed about it but then as I walked on into the store I thought, "Son of a bitch, that person is serious!"

It never ceases to amaze me that some Christians, and remember here folks that Christians are in the majority in this country, and for that matter the world over, love to play the victim and the martyr. If the whole world was Christian except for one person then some Christians would say, "Ack! That non Christian is persecuting me by not believing in what I believe in!" Personally, I'm tired of it and I don't buy it.
Are Christians being persecuted in some parts of the world? Yes. Are Muslims being persecuted as well? Yes. Are Hindus? Yes. Are other people of other faiths? Yes. But you know who is the most distrusted and despised group of people the world over? Atheists. That's right, atheists. It's almost as if we atheists unite people of all other faiths in their hatred of us. Which to me is strange because I don't try to force my non belief on you, yet some of you constantly try to get me to believe in what you believe in. But what most of you who try to "save" me and others like me don't know is that we've already been exposed to your religions and we simply decided that they are not for us. We've looked at the whole shebang coolly and rationally and what made more sense to us was we'd rather believe in things we can see, feel, touch, and taste rather than something that we can't and when you admit it, you can't either.

I'm not saying you're wrong or that you need to stop believing in what you believe in, nope not at all. If you like to believe in all that stuff you go right ahead, just stop trying to make me believe in it. And stop saying that I'm less of a person than you because you buy into that stuff and not me.
But you know, I could be wrong. Maybe Christ is actually the son o' God and he will be coming back some time or another. If he does, then a shit load of people are going to be screwed. And I don't mean us atheists, I mean you rich Republicans who placed more emphasis on growing your bank accounts rather than on growing food for the poor. It's going to be quite a sight watching people who did nothing to save the planet, or to ease people's suffering, or didn't lift a finger when others were being oppressed, try to justify why they shouldn't be sent to hell. It's pretty clear to me that Christ left a pretty good blueprint of how to live in your Bible but most Christians and their leaders don't follow it.

And if I am wrong and heaven is a place where Jerry Falwell and Pat Robertson and Ted Haggard and Benny Hinn and Oral Roberts and the rest of those snake oil frauds will be spending eternity, then heck yeah, send my monkey ass to hell. 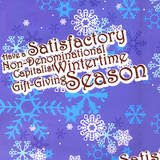 Posted by Dr. Monkey Von Monkerstein at 10:25 AM

There is something that bothers me that I was going to post about.

In Europe, there is a growing "Christianity ruined our continent!" philosophy that I take issue with.

My issue is, PEOPLE are the problem. Blaming religion for ills and misdeeds is denying humankind's responsibility.

If it were that easy, China and the former USSR would (or would've) been free of human rights abuses.

Religion is just a tool, like other tools, used by lunatics to spread their already inherent lunacy. Comical being despised more than THE GREATEST ENEMY IN THE HISTORY OF THE KNOWN UNIVERSE, the Muslim.

Can you see me standing right now, doing the slow clap until the entire auditorium erupts in cheers? Because I am.

It's as though you picked all the coherent thoughts out of my little brain and set them down on paper ... er ... ethernet.

Great post, Dr. If the Christians who complain the loudest about being persecuted were first concerned about stopping persecution of all people not just them, they would be far more credible, and possibly a tad more like their founder.

i think the gays may have something to say to the christians about acceptable persecution....

the christians have no one to blame but themselves if they feel that way.....

like you Dr M -- i hate religious hypocrites, but for all the good talk of religion -- organized religion is often the most intolerant institution on earth.

have a great holiday

I like the Gandhi quote a lot. Other Christians are the reason I hesitate to tell people that I am a Christian.

Thanks for writing this. It's always bad around this time of the year. I'm sick of having my rather polite, non-denominational "Happy Holidays" thrown back in my face by Christians who acidly spit out "Merry CHRISTMAS," as though I'm somehow insulting them by NOT assuming something about them.

Pretty much what everyone else said.

You know how I feel, as one of those actual church going types. A rather irreverent and churchgoing type that is.

Did you see the post on my blog called Two Minutes Well spent? (I am too tired and lazy to link, it is easy enough to find if one wants to.)

The video is really appropriate to this topic.

Happy Feckin Whatever. Just give gifts, live life in peace, receive and enjoy.

What are you, in my mind or something!? Wow great post! My sentiments exactly! Happy Holidays!

UberMILF-Let's be honest here, people in the name of Christianity have wrought havoc over the earth and other people. I'm not saying all of you are responsible but some of you definitely are.

Barb-Thank you for your applause.

John-Thanks you for stopping by and commenting. In my opinion you are one of the few good guys in organized religion.

Dcap-Exactly, gays, females, blacks, Latinos, all suffer more persecution everyday than any Christian ever does in this country.

Lulu-I hate it that a lot of bad apples spoil it for the rest of you.

Samurai-It just kills some Christians to have consideration of non Christians. We're all supposed to be like them I guess, but that would be my idea of hell.

Fran-I agree, we should all be able to live in peace no matter what faith or lack thereof that we may or may not practice.

I don't think I expressed myself clearly.

What I meant was, human nature and humans are to blame. If religion didn't exist, people would find some other reason to act like assholes.

Concentrating on religion as a source of our behavior won't get to the root of the problem.

That's what I meant. I wasn't defending religion per se, only that it can be a tool of oppression or persecution, but people bent on oppressing or persecuting will find a way to do it with or without religion.