An open letter to the people of Iran

I don't know if any of you read my blog or not but I just wanted to let you know that I and most other Americans do not hate you. Seriously, how much Viagra would you need to get it up with Debra Cagan, creature of the night? There are no beer goggles big enough in the world to mask her horrid visage.
And I also wanted to let you know that I will go ahead and apologize for Ilsa She Wolf of the Pentagon. She may hate all of you , but I do not. I am sorry that she works for and is allowed to represent my government. She in no way speaks for me. I denounce her as a cowardly craven idiot who is small minded, ignorant, and woefully unfit to hold any position of power.

The same goes for this tiny bloodthirsty tyrant. He does not speak for me, nor does anyone who he or his greedy power mad minions appointed to any office in the USA and abroad. He has the power to attack your fine country and to bomb you but he will never have the power to make me hate you or to make me stop speaking out against him. 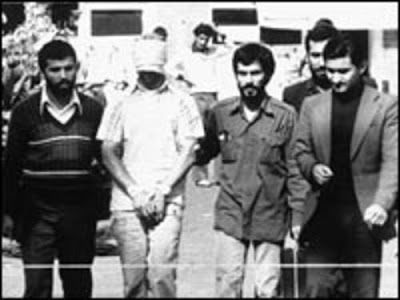 I know there has some bad blood in the past between you, the Iranian people, and us, the citizens of the USA. But when you stop and think about it, it wasn't us who overthrew your government and installed the Shah and kept him in power all those years, it was the idiots who run our government. And when I stop and think about it, your taking our citizens hostage during the first years of your revolution was a bad thing to do but it was not wholly unexpected, after all you had been tortured and stepped on by the Shah who we kept in power so we could steal your oil. 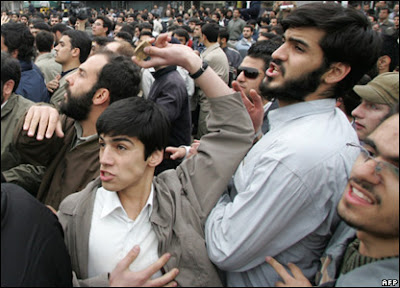 I'm not crazy about how you treat women in your country but I'm also not crazy about how we treat African Americans, Native Americans, and Hispanic Americans in my own country. I also don't care for the fact that your country is run by religious whackos but for the past 6 years mine has been as well, or at least by men and women who pretend to be Christian but who really make a mockery of who Jesus was and of the religions they claim to believe in.

You have a long history and there is much to be proud of on your part my Iranian brothers and sisters. You produced great works of art, poetry, and fine people like the Iranian guy who I went to college with Abdul Ameri. I'm also happy that these fine Iranians are still around with us today: 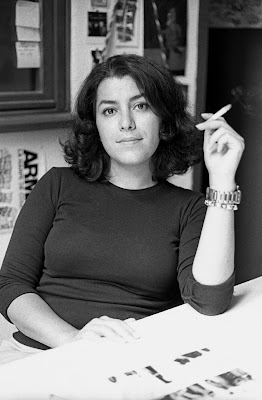 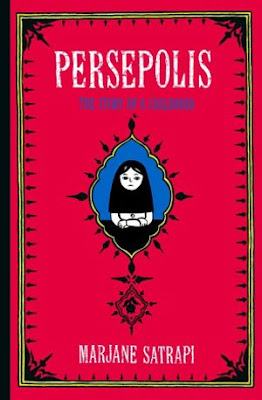 I can't wait to see the film adaptation that is coming out later this year. Thank goodness my local library got both volumes of Persepolis. To make up for not buying your graphic novels Ms. Satrapi, I shall buy the DVD of your film when it comes out because it will probably one which I will watch over and over again. 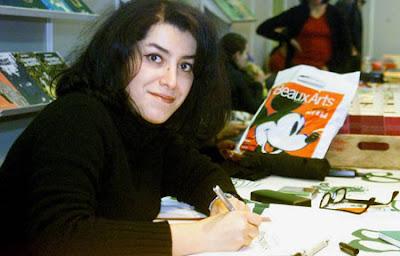 I'm also glad we have these other Iranian women: 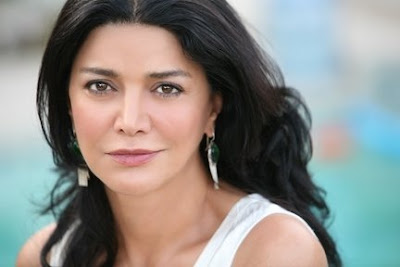 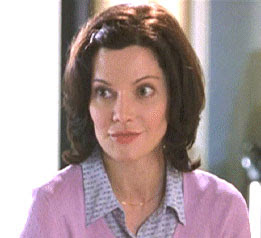 And I am definitely gald that half Iranian Christiane Amanpour is with us. 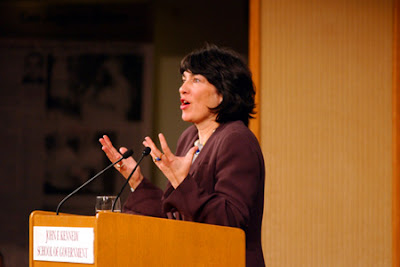 In closing I hope my idiot president does not bomb your country and take us into a disasterous war with you. If he does then I promise you that I will protest it and do my best to get his oafish ass thrown out of office and into handcuffs.
I know you despise your leaders as much as most of us despise ours and if we could only get them to stop waving their little you know what's at one another then they might actually do what we all want, which is to stop fighting and saber rattling and to get along so we can all live in peace.
Sincerely yours,
Dr. Monkey Von Monkerstein
Posted by Dr. Monkey Von Monkerstein at 4:30 PM

I loved Persepolis, though I didn't enjoy its sequel as much.

Man, she is attractive!

I am with you on this one Monkey. i do not hate Iran or Iranians even if the leaders of both countries are a bit cuckoo for coco puffs.

In the course of studying history and poltical science, I've come to the realization that most foreign policy is directed not at actual political realities, but at making noise for the home crowd.

In his 1962 book Cold War Diplomacy, 1945-1960 (Yes, this is the kind of book that people with a Master's Degree in Political Science read on long train rides), Norman Graebner pointed out the consistent failure of the United States to achieve tangible foreign policy objectives vis a vis the Soviet Union because vilifying them played so much better with the home crowd. All this with a background of a continued terror campaign against blacks in the south, open discrimination against blacks and hispanics in the north and a general deep-rooted sexism in our culture and workplace. "He who lives in a glass house....."

Love that Freudian slip at the end.

One of my closest friends is an Iranian, and her mother stays here for months at a time. I wish no ill will upon her people, please let our government stop this madness.

Well done, Dr. MVM. Growing up, I had an Iranian general practitioner for my doctor. He was such a great doctor for kids, lots of fun, very gentle. Everytime he'd order a shot, he would say "and then you MUST have a lollipop."

I remember my mom having a conversation with him during the hostage crisis circa 1979. The detail that I most remember was how he laughed at those bumper stickers with Mickey Mouse flipping the bird, saying "Hey, Iran!" The good doctor laughed and said, "I don't think Walt Disney would be happy about that!"

Evil Spock-I loved them both. And god yes Marjane is attractive.

Boxer-I think most of America is like us on that.

Johnny-Yep, we're the pot calling the kettle black but only after we scare the shit out of the other pots.

devilham-From your lips to the universes ear.

D Cup-Thank you. Now that you mention it the doctor who did my apendectomy when I was 14 was an Iranian doctor.

Persepolis is the reason my husband responded to my dating ad, I am indebted to a beautiful Iranian woman!

He figured someone who read and enjoyed taht book must be entertaining enought to have a drink with.

And the Angry Ballerina


Angry-Is there any ethnic group you don't belong to?