The Olympics are over for a couple of years and now it's time to look forward to Vancouver and to London. I have nothing but faith in the Canadian Olympic organizing committee and I'm sure that Vancouver in 2010 will be ready and it will be splendid. But after seeing the weak ass show London put on at the closing ceremony in Beijing however, I'm scared for the citizens of London. That whole parade of nonsense looked nothing but sad in comparison to the spectacle China had just put on.

Seriously, London Olympic committee, what were you thinking? You started fine with the iconic double decker bus but then you accosted our eyes with those dancers in those funky outfits? Really? You follow up your national icon with bad modern dancers? Then you put that gorgeous toffee colored singer next to a ninety nine year old Jimmy Page? That whole segment creeped me out. It looked like Page kept moistening his lips so he could get them ready to suck her youthful energetic blood in order that he may live another 1000 lifetimes. Thanks London IOC, now I know what it must look like after he manages to snare a groupie and he gets her into his room at Motel 6. As if all that wasn't enough, you pulled out your trump card in the form of David Beckham, a soccer player who doesn't even play his football in England anymore and who may not even be on the national team when the games get to your city. Wow. What the heck London, did you not think anyone outside of Stoke-on-Trent knew who someone like Wayne Rooney was? Dang why not next time just throw your entire country's soccer players under the double decker bus and make Pele your symbol because gosh darn it, people know who he is and he played that soccer game in that movie with Stallone and Michael Caine and they beat the Nazi's and won WW2 for you guys.

London, you guys got problems, I hope you get them worked out soon. If you need help I'm only a phone call away.

Oh hang on, has the bitching about London getting the games commenced yet? Are you people who bitched about China's human rights record going to bitch about London having the games? Are you going to organize boycotts because a country that pretty much subjugated the whole world at one point and who had a horrible human rights record in it's affairs with Africa, Iraq, and India is going to host the games? Are you people going to write furious blog posts about how a country that helped the USA invade a sovereign Iraq and has helped torture innocent peoples in the war of terror shouldn't be allowed to host the Olympics? Or has your indignation meter petered out now that those wily crafty red Chinese have finished hosting the games? Are you going to remain silent on all the bad things Britain has done and still does because the Brits look like us and we happen to speak the same language?

Well? I'm waiting for your answer.

Yeah, that's what I thought. Your outrage only extends to Asians and or Africans. And maybe to those dang brown skinned rag heads who live in the Middle East on top of all our oil too.

Okay, so the games are done and now we've got a few new Olympic heroes. Bolt, Torres, whoever won the modern pentathlon, that muscle bound chick who threw that thing that went real far, yeah I'll never forget any of them. But before you, and I'm talking to you Bob Costas, crown Michael Phelps king of all Olympians because he won 8 gold medals, I'd like to remind you about the greatest Olympian ever. 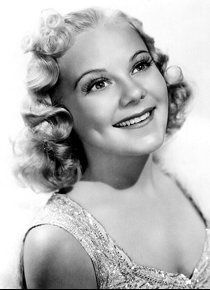 Her name is Sonja Henie. Don't remember her you say? Or you remember her as the butt of a joke on an episode of M*A*S*H? What makes Henie the greatest ever is the following:

So call me when Michael Phelps takes all that cash he's getting from his record 8 gold medals and he starts a free hospital for kids with AIDS or if he funds a pool in the inner city in perpetuity so that disadvantaged kids can have a shot at Olympic glory. Oh yeah, will you also call me when he can go back in time and compete when he's 11 and then when he wins gold in three consecutive Olympiads? When he does all that then I might consider him the greatest Olympian ever. But until he does, I'll just stick him in the greatest Olympian male swimmer ever slot. How's that suit you Mikey?

Posted by Dr. Monkey Von Monkerstein at 12:47 AM

Thank you for this information, i do really hate the way Phelps is acting after 8 gold medals, he swims good yes but I bet that you write better (and have better sense of humor)than he.

I was a little shocked at the London display and turned away for fear I'd end up watching all of it.

Good call on the indignation meter and Phelps.

I didn't see the London display at all, but I'll look for it on youtube after reading your comments. 2012 is going to be a shambles, no doubt about it.

Being of Norwegian heritage I am honored to have you speak so highly of our favorite Olympian! I lived in Norway and speak Norwegian and never tire of seeing pictures and video of how she skated - OUTDOORS NO LESS - Take that Hamil and Kwan!!!

Um, I will be bitching quite regularly about the Vancouver games, trust me, because they are already seriously affecting life for everyone in this fine province of mine, and there is just as much shit going on here as there is anywhere else. It's just not making stories in main stream media.

He'll need that money, because he sure isn't going to get by on his looks.

well worth reading. thank you.

I agree - London's display was sad.

I've seen movies of Sonja's performance - when they actually had to do figure 8's on one foot as part of the requirements. It's amazing how much the sport has grown.

Oh, Mommy beat me to it! I was going to say, "AND she was Norwegian." It doesn't get much better than that.