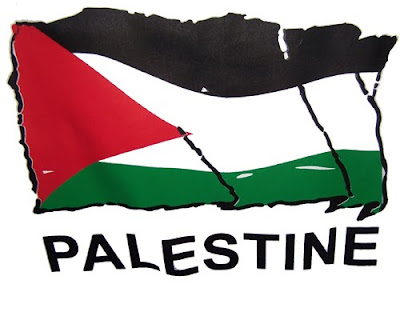 Why, you might be asking, is there nothing done when a Republican is in the White House? It's because the Republicans must placate their Christian base by allowing Israel to do anything it pleases because Jesus will get mad at them if they don't. Over simplification, sure, but not by much. Conservatives want to look like they are strong on the issues important to Bible humpers so they allow Israel to bring the big time crazy and oppress the Palestinians like there's no tomorrow when Republicans are in power. Reagan and Bush the Elder did nothing to reign in the excesses of abuse the Israelis heaped on the Palestinians in the 1980's and early '90's. And Falwell and Pat Robertson smiled and egged Israel on. A proxy war raged on in Beirut for years as a result and the first Intifada came to life during this time as well.

And then came the Bush the Idiot years when Israel was given carte blanche to do what ever they wanted and the chance to build on what President Clinton had accomplished. Being the idiot he was, Bush the Idiot turned his back on the diplomatic gains made in the Clinton years because, well, they were gains made by a Democrat and therefore they were to be repudiated. Israel also faced a choice during the early dark days of the Presidency of Bush the Idiot, they had the choice to make peace with the Palestinians and build on what Rabin and Arafat agreed to or they could pull back and put all their time and energy into turning their country into 'Fortress Israel,' a secure haven for Israelis, security related corporations, defense companies, and any Arab willing to accept being second class in what used to be an independent Arab country.

With more than a little persuasion from deep pocketed corporations, the Bush administration, and almost every member of Congress, Israel chose to stop building the road to peace and instead they hit the on ramp to the superhighway that led to Bat Shit Crazy Land. Defense contractors, along with companies that dealt with security and computers wept with joy when Israel made their decision because they knew that they'd be getting a huge chunk of the foreign aid that the USA shells out to Israel every year. Many of those companies already had their claws into the Pentagon budget and now they'd have their claws into the budget of Israel as well. All this is laid out much better in Naomi Klein's great book The Shock Doctrine.

So through the rest of the Bush years Israel treated the Palestinians with disdain and actively looked for ways to start using all the high tech weapons we'd been selling them and to use all the fancy defense and security related stuff they'd bought from our friendly corporations. They bombed Lebanon with the tacit approval of Dick Cheney, and the evangelicals over here cheered hoping that this would trigger their god into starting the Rapture and sending Jesus back. Instead it had the opposite effect, the bombings didn't cow Hezbollah or Hamas into rolling over and giving in to the combined might of the US and Jesus backed Israeli army. It instead made those organizations stronger.

And that of course pissed off Israel, Dick Cheney, and Pat Robertson and the rest of the wingnut evangelicals. So since shit rolls down hill Israel took their frustration out on the people living in the Gaza Strip. They cried that it was full of terrorists who needed to be dealt with harshly. Their solution for doing so was to try to starve the whole place out in hopes that the Palestinians who gained some measure of autonomy for the Gaza Strip under the Arafat Rabin accords would give up what little control they had and go running into the arms of their tormentors, the Israelis.

But it didn't work. So the Israeli government ordered a naval blockade. And things took a turn for the worse when food, medicine, and other essential became scarce. People started dying and those that didn't die were forced to live as if they were animals. And Bush the Idiot, then Obama, along with his war loving Secretary of State, Hillary Clinton, all looked the other way and they shoved more and more aid money at Israel.

Thankfully though, not every country did what ours did. Not every religious group followed the bad example of the Christian evangelicals who blindly supported what ever Israel did. Some people decided that enough was enough and that it was time to stop Israel's apartheid and genocide against the Palestinians. So they organized a flotilla to bring aid to the people of the Gaza Strip.

Israel is like the school yard bully who beats up everyone and then demands to know why no one wants to be their friend. And our government is the bad parent of that bully who chooses to look away while their kid terrorizes every one else.

I'm glad that Turkey, so far, is standing up to Israel and has said it will send ships from it's navy to protect the next flotilla. This whole issues of how badly the Israelis are treating the Palestinian people isn't a religious issue, it's a human rights issue. It's a question decency and if the so called civilized world is going to stand up to bullies who abuse others simply because they can. The Turks so far have said they won't let Israel get away with their bad behavior, too bad our country is too afraid to join them in doing the right thing.
Posted by Dr. Monkey Hussein Monkerstein at 1:16 AM

Labels: bless the Turks, do the right thing, Israel, Israeli apartheid, religion divides us all, Turkey

Well put, and exactly right. Thanks for writing about it; too many bloggers, in my experience, agree that Israel has a free pass to do whatever they want simply because they're also a democracy.

"Israel is like the school yard bully who beats up everyone and then demands to know why no one wants to be their friend. And our government is the bad parent of that bully who chooses to look away while their kid terrorizes every one else."

I agree it's a human rights issue but let's not fool ourselves into thinking that Turkey is doing it for the poor Palestinian people. It's scoring points with the rest of the Muslim world. They just want to force Israel's hand.

Not that that hand doesn't need to be forced. Israel needs to get slapped down hard by the EU and the US. But I don't think Turkey is doing it out of any humanitarian urge.

Jake, you need to remember that we don't support any of the true democracies in the Middle East, if we did we'd be supporting Iran and Israel. So your point about Turkey is taken with a ton, not a grain, of salt.

I am in two minds about your article...

The smaller picture would seem that Israel is the bully (against the even smaller Gaza Strip), yet the bigger picture would resemble a tiny Israel in the middle of quite aggressive Arab neighbours - who frankly could not care any less for the Palestinian people themselves (most Palestinians are still seen as refugees and are unable to integrate properly into society in Jordan and Lebanon - even 3 generations down the line! Not to mention Egypt is equally a part of the Gaza Strip blockade).
This theory of "opressing the Palestinians for big defense contractors" is laughable. It is a proxy war between America/Israel and Iran/Syria and the unfortunate part is that the Palestinians are providing all the casualties.

Israel's strategy seem more so to change more due to their own government than any American government pushing them. Netanyahu seems to have been a shift to the right due to the aggravation felt by the Israeli people. Obama seems to have joined at the wrong time (the recession hasn't helped his presidency either).

America is not supporting Israel because of the "wingnut evangelicals" in congress, but rather as a very strategic partner in the region. Without going into detail (as indeed, neither did you), there are huge amounts of knowledge, information, etc. being traded. It has historically been an important relationship in any case.

And I do agree with the previous comment stating that Turkey do not care about the Palestinians and are trying to find favour with the other Arab nations. In a country that themselves are unkind and abusive to their own minority (Kurds), I find it difficult to believe they care about the plight of other minorities. Their laughable human rights record against their own people (main reason (apparently) they are being kept from EU entry) seems to all be forgotten because of their new-found support for the Palestinians. People do have a short (and selective) memory.

Coming from a country that is in no way affected or affiliated with the Israeli-Palestinian saga, I am probably seeing the whole situation at face value. You are a good writer, but I think you let your emotions get the better of you.

Bitch-Stop drinking the Kool Aid and stop telling me what to do on my own blog. In case oyu haven't noticed, I live in the USA where I still have the freedom to think, feel, and write what I like.

We support Israel out of some twisted need to placate the religious right and to please Jesus. END OF STORY.

You're not seeing the situation at face value, I am.

BTW Bitch, the previous comment you left was your last. Feel free to cry and wail that I'm taking away your freedom of speech, when in fact you have the freedom to disagree and be insulting to me anywhere but here.