Which artist gets a lifetime pass from you, whatever else he/she may do?

I almost went with Terry Gilliam because he made Brazil and The Adventures of Baron Munchhausen and so many other great and wildly inventive films but he also made that piece of shit Tideland which I can never forgive him for because I hated it so much, but in the end I chose Bill Murray. 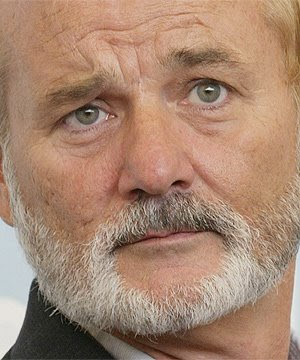 He's been in some of my all time favorite movies such as Lost in Translation, Stripes, Groundhog Day, Wild Things, and Broken Flowers. He was comedy gold when he was a cast member of Saturday Night Live (some of his hosting jobs sucked balls though). And some of his appearances on Letterman have been a hoot. Yes, he's made some missteps in my opinion, What About Bob? sucked (yes, it sucked mainly because I can't stand Richard Dreyfus but it still sucked nonetheless), Razor's Edge really really really sucked, and he slagged Roanoke, VA, a great city I lived in for about a year and a half, one night on Letterman, but he gets a pass from me on those incidences because of all the great work he's done.

Now, tell me, who gets a lifetime pass no matter what they do from you?

John Travolta. He was my first love, at the tender age of of 5, and I've never stopped loving him. It's that love (and the love for my favorite movie of all-time, "Grease") that allows me to forgive (and, more importantly, forget) "Battlefield Earth."

Alec Baldwin. I loved him since Hunt for Red October and he forever sealed his fate as an untouchable with me for 30 Rock.

Oooh, that's rough cuz I'm all "What have you done for me lately". I was going to say David Bowie, but then I realized everything he's done in the last 10 years has been blah and it's (sort of) eroded the love. Hmmmm...

Also- if I pissed you off with my post on the supreme court yesterday I do apologize.

Woody Allen....because he used to be so damn funny. He still can be from time to time, but not as often as in Bananas, Sleeper, Love and Death, etc.

Robert DeNiro, I'll even forgive him that Focker nonsense.
And Maggie Smith.

Stephen Sondheim (the composer/lyricist.) But in the realm of more pop-culture stuff, Michael J. Fox.

I'll go with Red. I don't care for Michael J. Fox as an actor, but if he can make Limbaugh his bitch, he gets a lifetime pass from me.

Flannery-I'm totally with you on Alec Baldwin but for different reasons. His performance in the film 'Prelude to a Kiss' won me over to him forever. Also his cameo in 'Glengarry Glen Ross' was pretty stunning.

Tom Waits. Not that he's ever done anything I didn't like, but if he does, he's got a free pass for life after Swordfishtrombones, Frank's Wild Years, Rain Dogs, etc. etc. etc.

Annie Lennox.
She could turn into an ax murdering, fundamentalist Christian Republican, move to Oklahoma and grow a tusk out of her forehead and I'd still want to drink her bathwater.

"Coffee is for closers, Bill Murray."

Paul Schrader gets a lifetime pass for "Mishima" and that's saying a bunch, because "American Gigolo" is pretty close to awful. Scorsese for "Goodfellas," an epic in terms of its greatness.

Had the pleasure of working in the motion picture production business for a number of years. I met some good people, actors and actresses. Can't say there is only one I would watch no matter what. I met Bill Murray. He's a real down to earth fellow. I liked him over the years as well.

Jack Lemmon is a fantastic actor and a fantastic person. He is one of my top favorites in any category. He certainly is one I would watch anything he ever did.

Let's see, how about Carol Burnett? If I'm whizzing through the channels surfing for a place to stop and spend some time in front of the tube, and a rerun of her old show is on with Harvey Korman and Tim Conway, I'll stop and watch every time.

I found my way here via Utah Savage. She knows her stuff, I like yer blog.