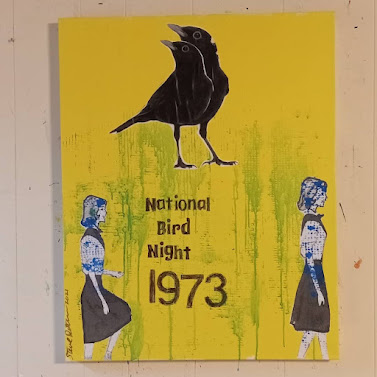 1973 was one of the worst years ever for me. In late winter/early spring in Detroit an incompetent doctor killed my mother on an operating table. I was not ten years old yet and I had watched my big sister Linda get hit and killed by a car and then a little over two years later I lost the most important person in my life, my mom. We, my remaining siblings and I were forced to go live in a farm, in what turned out to be the Klu Klux Klan HQ of Michigan, with my dad's half sister, her adulterous husband who was obsessed with proving at all times that he was the Alpha male, and their bullying children. It was made clear from day one that they came first and we were second class citizens in a place I did not want to be. I was bullied by my aunt and uncle, whipped with belts, slapped, kicked, and under constant threat of violence. Many foster kids had it worse but any abuse of children, especially ones suffering the trauma I was suffering, was wrong. And to this day my bullying cousins refuse to admit they bullied me. Too bad their parents are dead because I wanted them to admit how badly they treated me and my siblings and to spit on them to show my contempt.  Still though, dancing on their graves is pretty satisfying.

This work represents on one level my mom leaving my physical life and on another it represents the gains made by women in the fight for equality. I added bits of color to the female figures to give a nod to all the courageous women of color who had it worse than white women. And the crow/raven has long been associated with death in western art.