The legacy of the past 30 years of conservatism and privatization in our nation's government isn't more home ownership or more democracy or a more peaceful world. The end result of right wing conservatism and willy nilly privatisation is the worldwide financial panic. 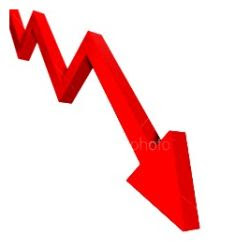 All the other bad shit, the endless war of terror on Iraq, the demonization of gays and lesbians, the constant state of fear, and the lack of national health care for every American is just the icing on the urinal cake.

We're just now paying the full price of mismanagement. And mark my words, it's going to get worse in some respects before it gets better. But maybe if we're smart, we'll take this great opportunity to rework our version of capitalism and our government. Maybe we can turn them into something that works for all of us instead of just a few of us. But I think in order to do that we need to clean house in Washington and we need to defeat all those who take corporate money to fund their campaigns, which would be just about everyone.
Posted by Dr. Monkey Von Monkerstein at 1:44 AM

Labels: impeach the bastards, progressive dreams, take back our country, vote out all Republican incumbents

That kind of talk will get you excommunicated Mister. But in the USA kinda way which, while classified, is rumored to include a 3' x 5' cell, a rubber hose, and a verbal dressing down from Palin herself as she simultaneously cares for her special needs child and waterboards you.

In my opinion it's about as fu*ked up as it can get. Even the notion of McCain getting elected, is the only way I think things could actually get worse.

I have stated before that Milton Friedman's corpse should be exhumed and desecrated for the worldwide evil he has wrought.

If rabid racists don't manage to sink Obama and he is elected, I feel really sorry for the work he's going to have to put in.

If McCain is elected, he won't do anything differently, so we'll be a wholly-owned subsidiary of some global corporation in a short time.

Having heard the clips from McCains' stumping (how appropriate) speech yesterday - when he asked "who is Barack Obama?" to hear an answer of TERRORIST from the crowd - and KILL HIM, chills went up my spine. That is line crossed I will never forgive.

At this point, I think they are calling off the "rescue" and going for "recovery."

I'm so depressed. It all just sucks SO MUCH.

There, I said it, socialism.

Let's just package it up in another name, Karl Rove style.

Well, the eyes of the world are certainly on ya’ll big time at the moment – even more than usual. We’re all desperately hoping that you (the collective you) will be smart.

I agree, you are right. This isn't just your usual short-term recession. Nothing this bad happened after the slump in 2001. We do need a real change in how things are done. I agree with MNMom, a little socialism would be a good thing.