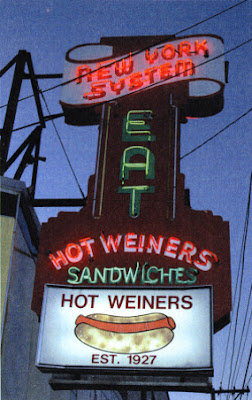 I'm ending the "Get a Postcard From Dr. Monkey" contest early because it's my contest and not yours, so there, nah nah nah. The winners are:

Thanks to the two of you who entered correctly and to the rest of you for playing along. Look for more contests some time. Maybe.

You sure are attached to your "rules."

I think you're a closet Republican.

Did you send it to another guy named Dr. Monkey von Monkerstein who lives in Nebraska?

Are you cloning yourself? Certain lesbots would like to know.

So, you've never even been in contact with this guy in Nebraska? I'd love to see the look on his face when he gets the card. It would be interesting to get a bunch of people from around the country to send him cards. I guess that might be a little too weird, though.

Did I ever tell you about my hisband's movie that takes place in Nebraska?

UberMILF-From the way you bitch and moan about my rules, I'd think you were a Republican who wants the rules changed to suit you.

Germaine-Congrats, I knew someone would make that joke, I'm glad it was you.

Whiskey-We all love being weiners.

Ed-I just looked up someone with the same name as me and I got his address off of Yahoo! people finder. I like sending people I don't know postcards from time to time.

Missy-I'll have a look at it later.

You posited: "What could be more exciting than getting a post card from some one you don't know?"

I reply: Getting one from someone you don't know with the same name.